What's on your mind?

I had recently found this site and fell in love with it. It helps me a lot with a literary project I’m currently working on. It’s interesting how certain ideas and plot details here coincide with mine’s.

Heya guys, just wanted to share that the Death Battle Wiki is holding a vote for best Death Battles of the year. My own Death Battle Sokka Vs Captain Hook is nominated under the category: Weirdest Match Up, Best Execution

If this interests you, here's a link to the voting site:

As well as links to a few of the really good Death Battles competing:

Sorry about the 2 week delay on the update, I've been preoccupied with various things that have come with the new year (I’m also pretty much addicted to DnD, so I had to make a bit of time for that which, in of itself is immensely time consuming).

I am pleased to report that since my last post I have reclaimed my vision of how I want this little product of mine to turn out, I have updated my description with 2 new characters and will soon create a poll for what I should do next.

My laptop broke, so I was unable to make edits, but in the meantime I made some music paired with pages from the wiki with similar themes, as a sort of Unofficial Soundtrack, hope you enjoy! 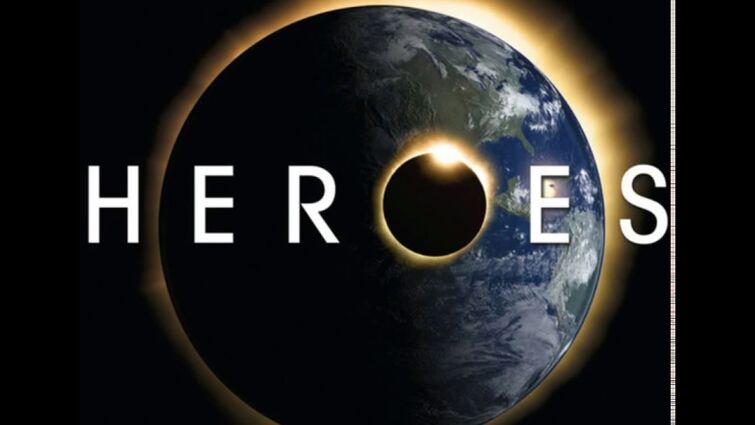 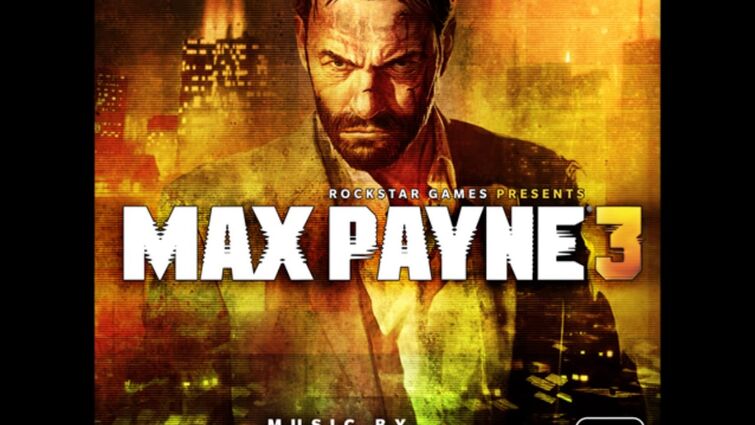 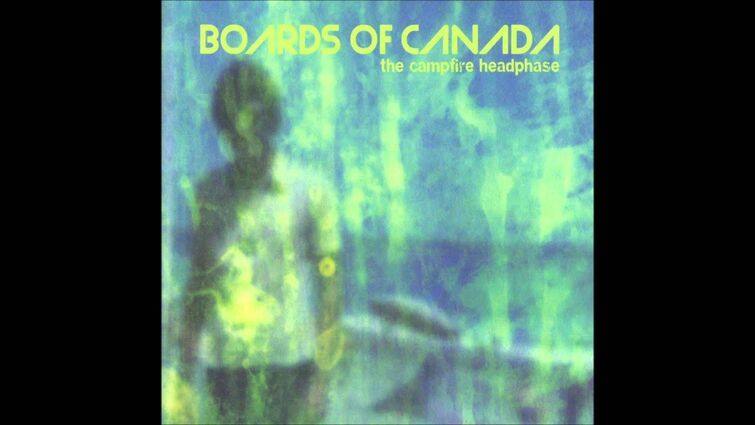 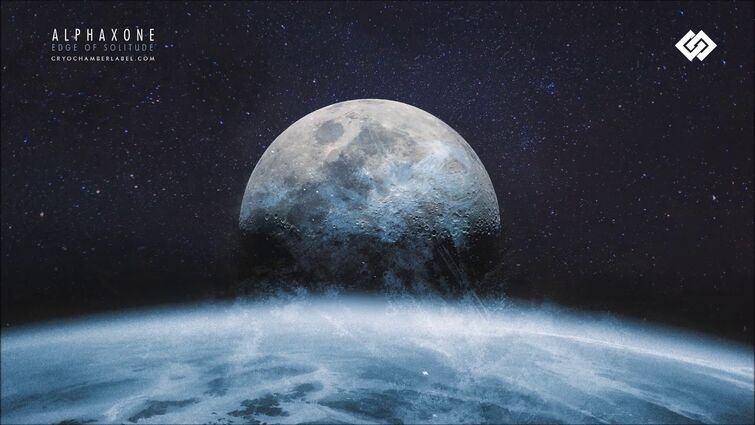 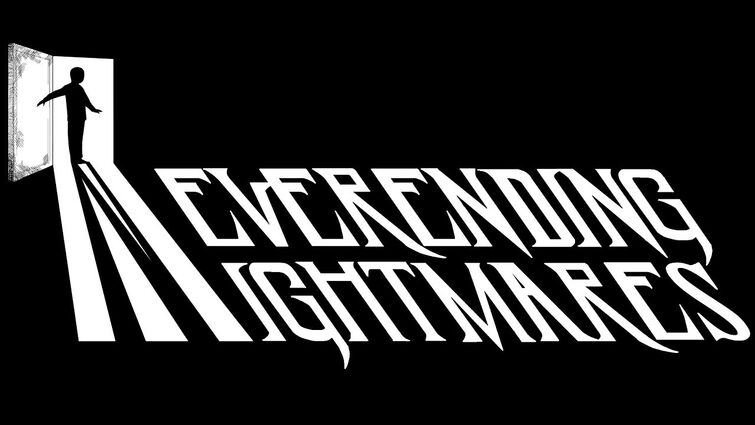 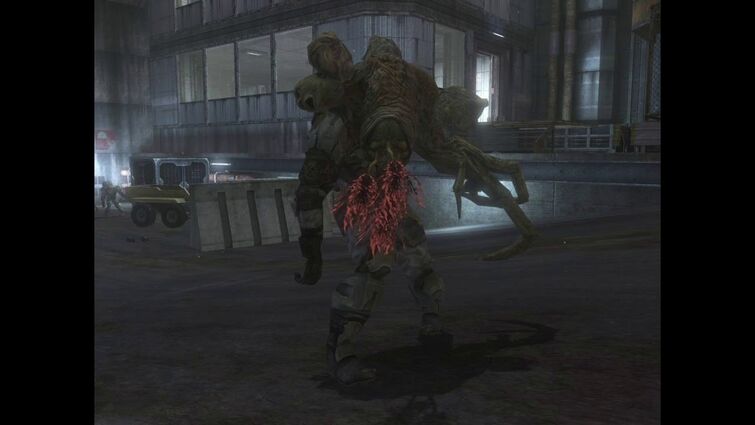 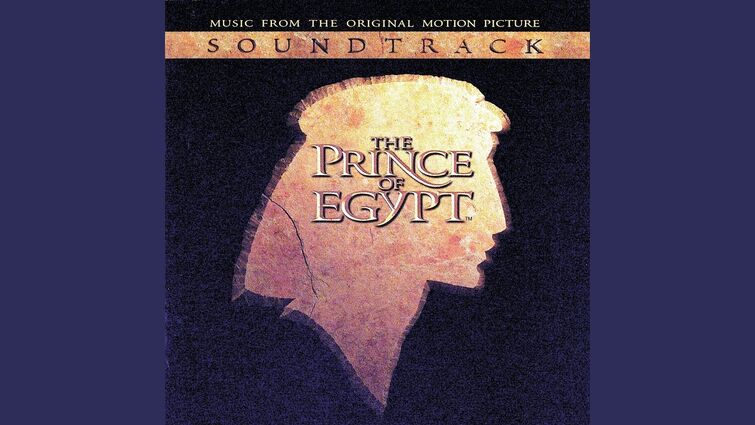 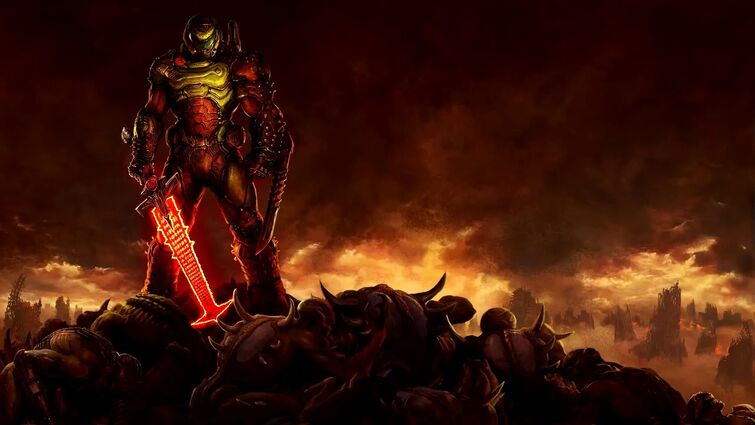 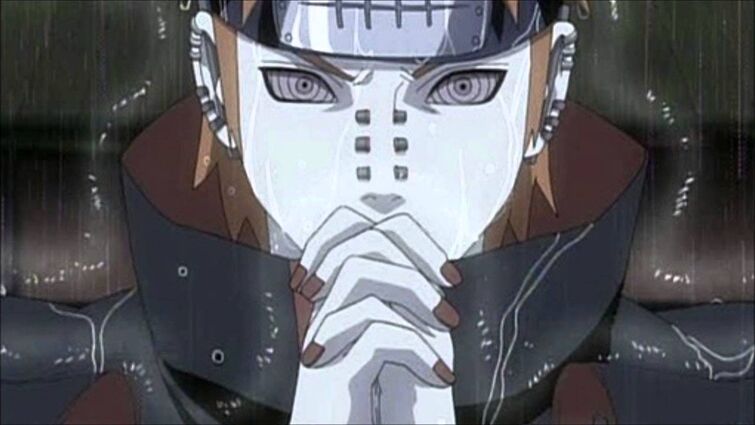 Down with the Sickness 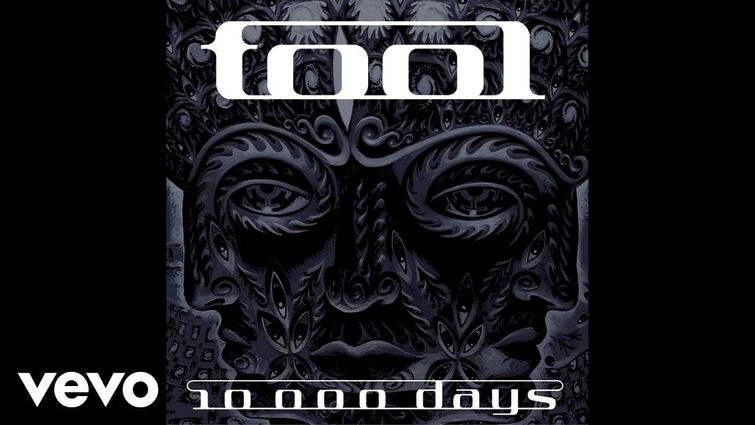 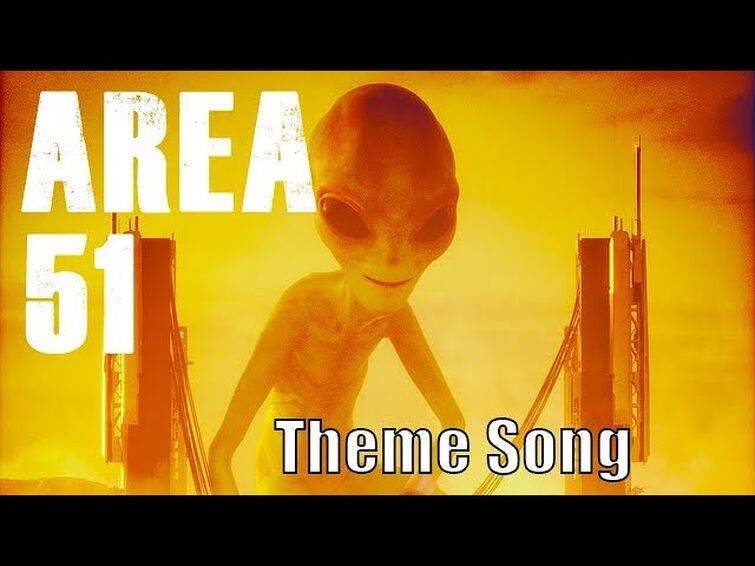 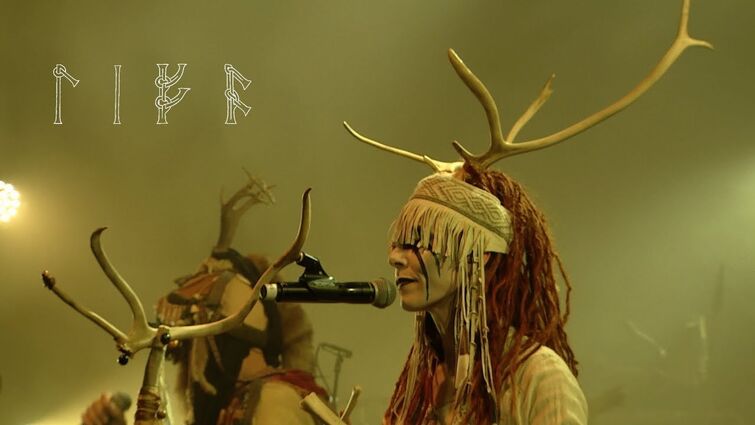 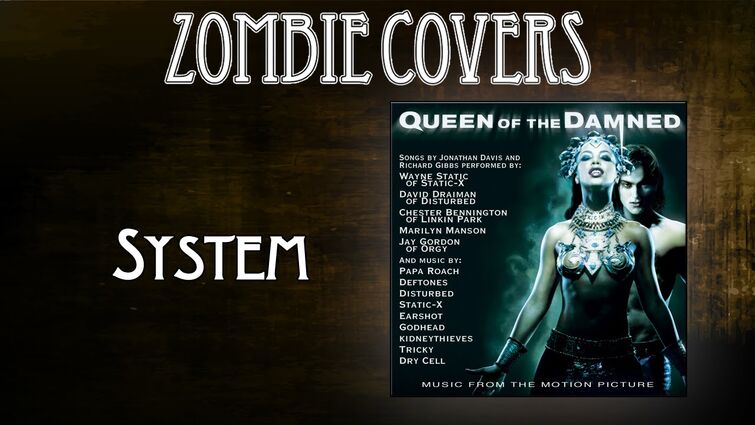 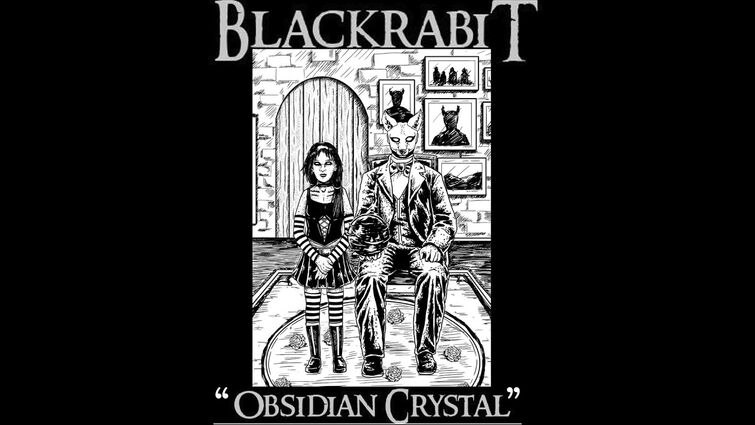 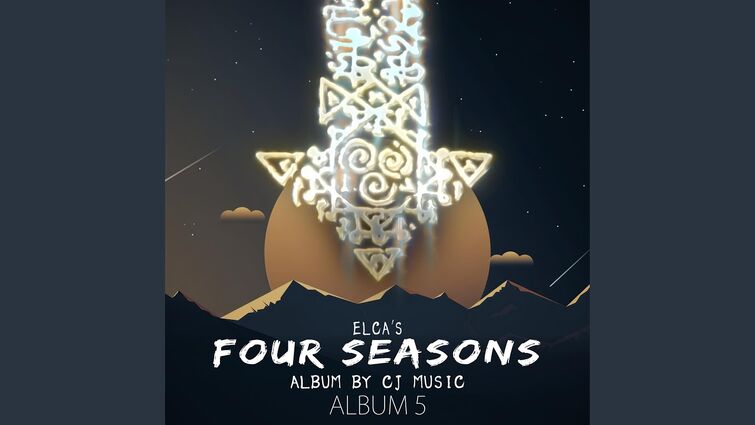 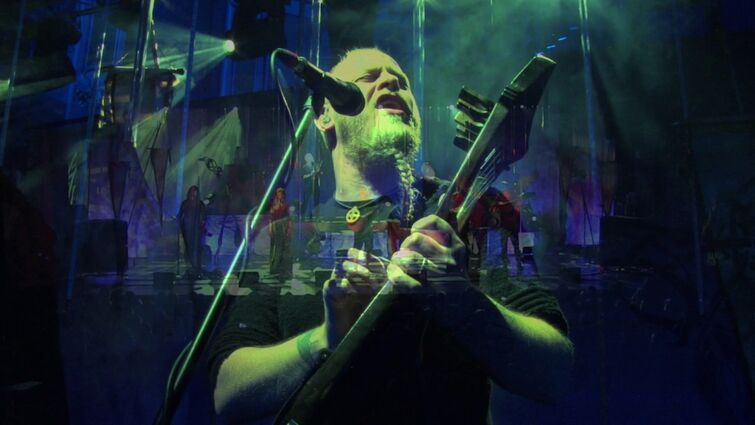 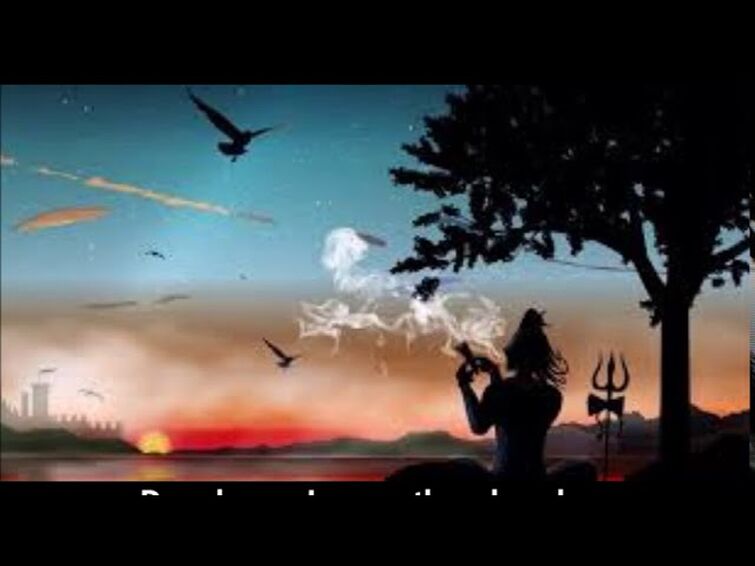 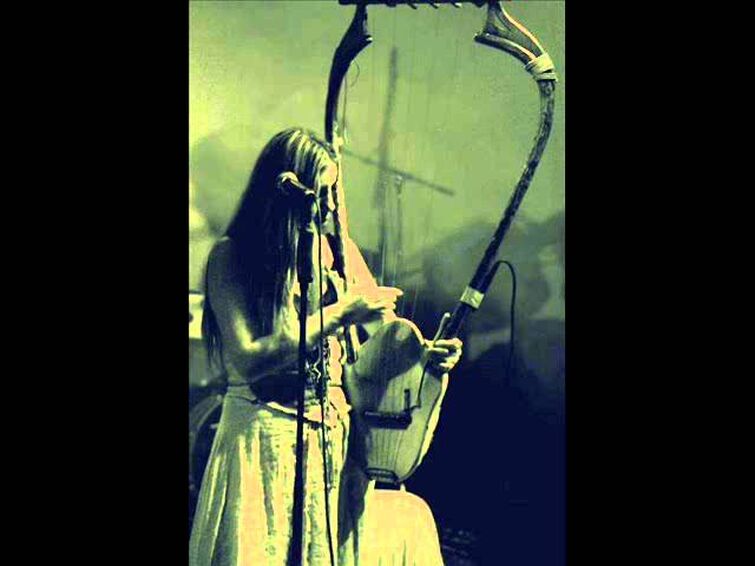 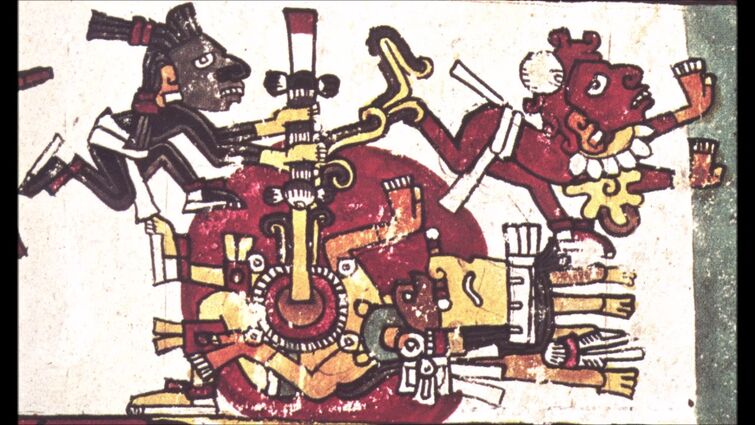 Is it all based on real demonology and studies on the divine, or is this stuff made up? I don't see stuff about sources so idk if this is all legitimate or not.

Here are some Christmas themed pages from the Demonic Paradise, enjoy!

The legendary figure and personification of Christmas, who brings gifts to children around the world on Christmas Day.

This legendary figure serves as the living embodiment of the dark side of Christmas, bringing punishments instead of gifts to those who have been deemed naughty.

Much like the Krampus, the Yule Cat has long been a Christmas-time enforcer of good behavior. The cat is described as lurking about in the snowy countryside during Christmas time, eating people who have not received any new clothes to wear before Christmas Eve.

The legendary cryptids of the frigid, cold mountains of the Himalayas. These creatures have evolved to thrive in the blizzard like environments of the high mountains, and as a result have become associated with winter and snow.

According to legend, some elves have chosen to become the helpers of Santa Claus, and work to create magnificent toys for the children of the world in preparation for Christmas Day.

Christmas Magic is the magic created by the collective spirit of belief within humanity that occurs during the Christmas Season. Through this power, Christmas Miracles are able to occur.

The guy who LITERALLY put the "Christ" in "Christmas", Jesus is a foundational aspect of the holiday, as the celebration of Christmas also coincides with the traditional celebration of the birth of Jesus.

I want to use this opportunity to thank you for all information you have gathered on this forum, very useful . It is not all 100% true, because I did my own research on demonology, but that is only mine opinion.

I am writing a book called "Lord of the World", and the whole book is about one verse from NT, where Satan takes Christ and shows him all kingdoms of the world, and promises to give everything to him if he submits to lord of this world. I am describing in the book what Satan showed Christs, and you have been tremendous help.

Hello, does anyone know who the artist of the Lilith & Asmodeus piece below is? 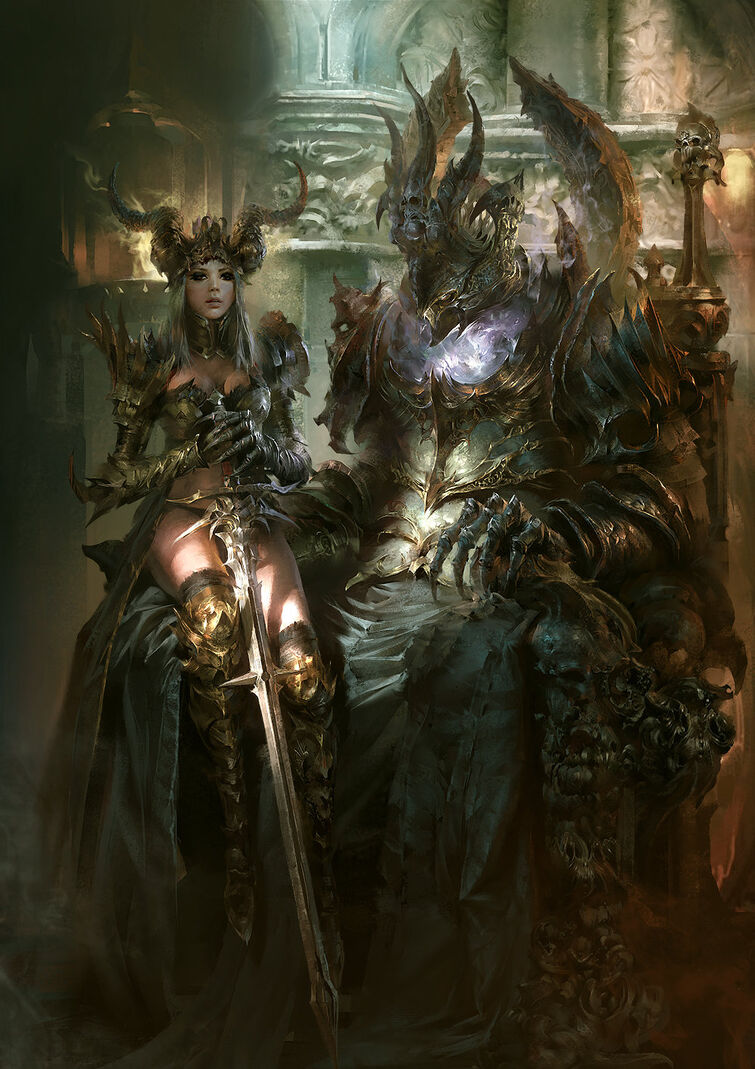 Since updating my profile to show off an OC I have received various upvotes (no idea why the system refers to them like that), in response I have updated my profile to now include another OC as well as a group that contains information on characters I plan to create (maybe I can make a poll for an order of which to reveal these characters)

Another note: I once again did this on phone and it didn’t go as smoothly as last time so there may be a few ugly looking paragraphs and I apologise ahead of time

Final note: though I did take a few creative liberties (id like to try to keep my writing within demonic paradise jurisdictions so please correct me if I am incorrect in any lore I attempted to include) all credit to this is still for this wiki and it’s creators

I have updated my profile to show off an original character I have spent the last week creating, it is however quite long as I tried to make it as detailed as possible (so don’t be attempting a read if u don’t have a good 10 minutes (educated guess) on your hands) though it is a long way from complete with many details still needing to be added and edited I hope to receive feedback and (if it is even somewhat acceptable within this community) I intend to release additional characters and maybe even begin a literacy series on it (I still have original characters connected to this I have yet to begin construction on, so any help with personality to characteristics to even species would be greatly appreciated), if there are also any inconsistencies with this wiki I have applied I would greatly appreciate it if they were pointed out.

One final note: I had to do this on phone as the character was saved there so apologies if it appears difficult to look at and that there is no image as reference (to be perfectly honest my profile picture pretty much sums up what I was going for)

I thank anyone and everyone willing to read

Hello as the title above states I want to inquire about this wiki with the only one question in particular. Why isn't there a tab that directs users to the discord server of the wiki on the home page? Now I'm only asking this question because I'm interested in joining such a cool wiki discord server that I never seen before and to inform you guys on what to add for easier access to the discord server instead of new comers like me keep asking in posts.

As per usual I was going through the pages of this wiki (as demons and the supernatural are my favourite subjects to read about) and I found a character I had seen before but realised I hadn’t seen anywhere else aside this wiki.

Here is a collection of ocean themed pages from the world of Demonic Paradise, for those interested in the many myths related to the Seven Seas!

The Great Aquatic Primordial Beast whos mouth serves as the entrance into the Abyss.

The mighty aquatic beast who prevented the gods from beginning the creation of the world until one of them sacrificed part of themselves to distract it and give the others a chance to slay it.

The World Serpent which lurks hidden within the oceans of the world, waiting to strike.

The Legendary Aquatic Beasts and guardians of the worlds oceans.

The terrifying Ogdru-Hem who seeks to usurp control of the worlds oceans from God himself.

Greek god of the sea and brother of Zeus and Hades, the mightiest gods of Olympus.

Son of Poseidon and god of the Tritons and sea dwelling civilizations.

The great underwater city and technological marvel that is home to millions of underwater inhabitants.

A race of aquatic humanoid that has adapted to survive within the depths of the ocean. The species is descends from the Ancient Greek Atlanteans.

Legendary aquatic creatures with the upper body of a female human and the tail of a fish.

My top 5 would probably be:

The Egyptian god of writing, magic, and the moon. He is often depicted as a man with the head of an ibis or a baboon, animals considered sacred to him. He was one of the most important gods of ancient Egypt and the wisest of them all.

The crocodile headed god who protected ancient Egyptians against the dangers presented by the Nile river. This god was believed to have a dual nature, sometimes also serving as an animalistic force of nature.

Sun Wukong, also known as the Monkey King, is a mythological figure who is known for rebelling against Heaven and being imprisoned under a mountain by the Buddha. He later accompanies the monk Xuanzang on a journey to retrieve Buddhist sutras from India.

Maitreya is the prophesized future incarnation of the buddha, which will lead humanity into an era of peace and prosperity through the sharing of his heavenly wisdom. Some believe this entity will incarnate in the body of the first sentient artificial intelligence.

The supreme god of the rain, Tlaloc is also a god of earthly fertility and of water. He once also ruled as the god of the sun, until his wife was stolen from him and he brought down a rain of fire that destroyed life on Earth, an act which caused him to lose his position as the sun god.

Hello. hi so I found this place and I saw that there was rules for RP stuff. I'm a pretty avid TTRPG gamer and I love mythology. I'm not really sure on how this "system" (if that's the right word of this) works. but I would be really, really interested in learning and getting to know some people.

Does Satan hold all humans in contempt? And is there a human paradox in terms of Satan preference of some human beings over others, (ie. those that worship Satan over those that don't) Or is this simply a contradiction of absolute truth, (ie. that Satan hates all humans no matter what)? So, as a Luciferian, am I co-signed to Satan's hatred even though I recognize, honor and worship Lucifer & Satan? Or, am I completely out of touch here?